Whether you’ve been dating a short while or for many years, relationship experiences ebb and flow. If you’re in an ebb, and noticing that your partner is distant, it can be really painful. So what do you do if you feel like your partner’s distant?

This happens in every regular, normal relationship, and it’s expected, because human beings go through different things at different times, and  experiences make them behave and react to their partners in different ways and this could be just one of them, or there may be a really deeper underlying problem.

I’ll share some ideas with you on why she’s probably acting distant and what you can do when that happens to make sure that things come back to normal.

For many men, as soon as a woman starts to act distant, the confusion sort of clouds their minds and their judgment, such that they would rather withdraw, especially after asking her a couple of times if there’s anything wrong.

A typical woman’s response would be, “I’m okay, there’s nothing wrong”. Meanwhile, there might be some serious issues going on, and those issues will begin to manifest in the way she reacts or acts towards you.

This is what I have to say to you – Yes, it’s definitely okay to ask if she is okay, if everything is fine, because that comes across like you actually care, but also do not take the words, “I’m okay, I’m fine,” necessarily at face value.

I know it can be complicated when it comes to women, because she could really just tell you what’s wrong, and save you all the hustle, but if you want to continue to interact with the female species, then you absolutely need to figure out and decipher a few of these things to keep your relationship fresh, and going.

It’s very important that beyond the, “Are you okay, is there anything I can do for you,?” question, you actually take the extra step to find her. That gesture simply says that you care a little more than she thinks.

If I were you, and the woman says, “it’s okay, there’s nothing wrong,” and yet she continues to act distant, I would just take a vehicle, drive to her house, and really look her in the face for her to tell me what’s going on. You might be surprised just how much more she’ll reveal when you’re in proximity.

When you’re in proximity, you can see the reaction on her face to see if you really tell you the truth. You can probe a little further, you can take a look at what’s going on around her, there could be problems at home, or whatever it is that may be putting her in a bit of a mood, reason why she’s acting distant.

So when you see her face-to-face, you can actually tell a whole lot more, as opposed to via text, or via phone.

2. Acknowledge what is happening

Acknowledge the distance that you feel and ask your partner whether they feel it too. Sometimes, life happens. She may be having difficulty at work, and so may not be distant deliberately. She’s probably drifted a little apart because she’s preoccupied with other things.

Certainly, things like these happen to men as well – where you are having major financial issues or just things aren’t going well, you tend to put your relationship on the back burner.

She could be doing same, so acknowledge it, not just to yourself, but to her as well, that you’re not feeling the love, and you would really appreciate it if she could make an extra effort to draw you closer because you’re feeling a little cold in the relationship, and feeling a bit alone and by yourself.

Whatever you do, remember that your goal is to reduce the distance between you and not to make it wider. Be careful in your dealings with her, such that you do not upset her even more and create a wider gap, which defeats the purpose for which you started anyway.

Too often, people tend to, smother other people when they say they want space, they need time, or they just want to be by themselves.

I don’t blame you, you’re in love with the girl, and you really want to make sure that she’s okay, and that you didn’t do anything wrong, to make her upset, which is the reason for which she’s acting the way she is.

I would say thta if you try the first two things, and she’s still not forthcoming, give her space, give her time, to allow her to mull over things in her head, go through the motions of what’s happening to her and hopefully come back stronger, and ready to face the relationship and take up all the other challenges that may be happening.

Don’t forget that there is a possibility that the problem isn’t even about you, it could be about external things or external factors that may be influencing her current demeanour or posture towards you.

Keep an open mind, give her space – a day, two days, three days, if you want, and then keep coming to check to see if things have changed from when you first started.

Because no one could possibly be dealing with so much BS that they would stay away from the one person that brings them happiness.

But, if it’s lasting a bit too long, and you’re still being kept at an arm’s length, when all the while you’re seeing her still going out with her friends, posting pictures, etc. then know that there’s definitely an issue with your relationship.

Do you want to know more about how to deal with this issue? Watch the YouTube video below:

Don’t marry her until you’ve had these money conversations

These are signs you’re not ready to get married 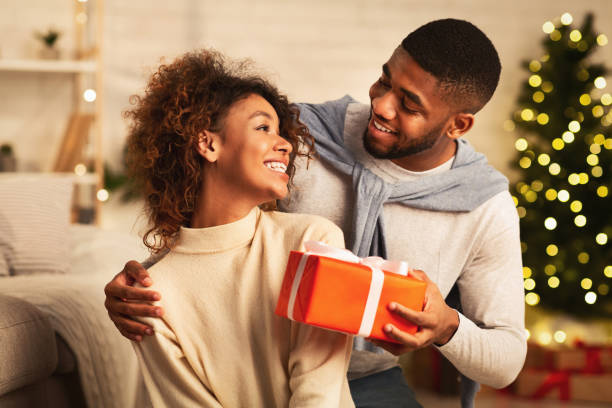